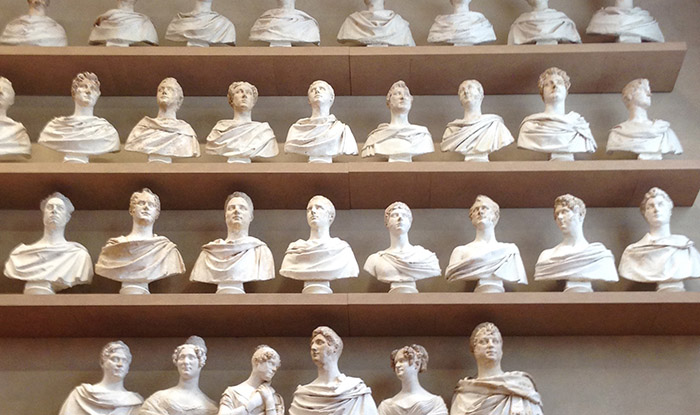 it should be noted that graphic design’s relationship to copying is very different than other forms of art. graphic designers are hired by clients to communicate specific messages to specific audiences. whether we do so directly or indirectly, obviously or subtly, depends on the nature to the job. in order to communicate, we use conventions: the alphabet, language, and a common visual vocabulary. it is unsurprising that the words cliché and stereotype both come from terms used when typesetting -- they were the blocks of type or image that were used repeatedly. hence mimicry is fundamental to graphic design in order to convey messages. the wider the audience you are trying to reach, the more familiar and conventional a work of graphic design needs to be. our goals are innovation and creativity within a very prescribed boundary.

(above is an image from the “Gipsoteca Bartolini” -- the hall of the models in the academia in florence. if you look closely you can see that all the plaster casts are covered in nails from the mold-making process). 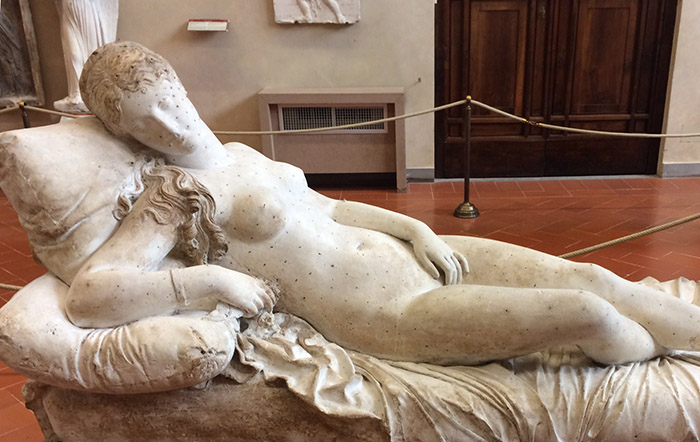 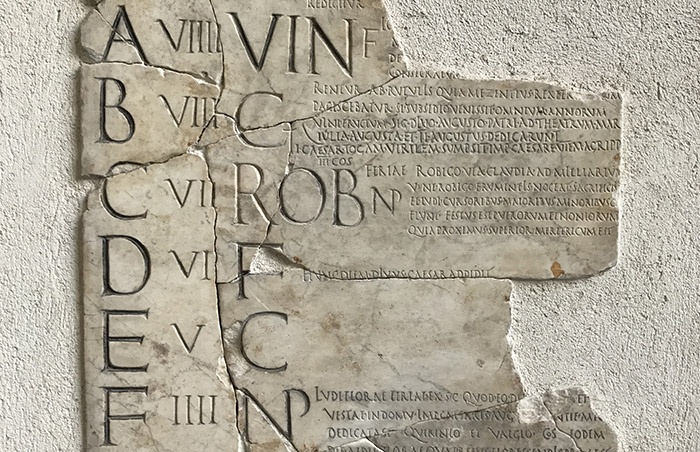 graphic design is also about distribution -- spreading a message to an audience. this could be one piece of work, seen by many, but most often the work is reproduced and copies are sent out into the world. while ‘graphic design’ is a rather new term, the job could historically be traced back to stone carvers, retelling stories of the emperors on columns (fragment of a roman calendar above), to sign painters writing on the walls about upcoming gladiator matches in pompeii, to scribes hand copying manuscripts in medieval monasteries, to woodblock carvers and typesetters working on mechanical presses, to designers making mechanicals to be made into plates for printing, to programmers writing code for websites... what ties this list all together is the work of making things that broadcast messages. so copying -- the actual physical act of making multiples -- is also a fundamental part of graphic design. 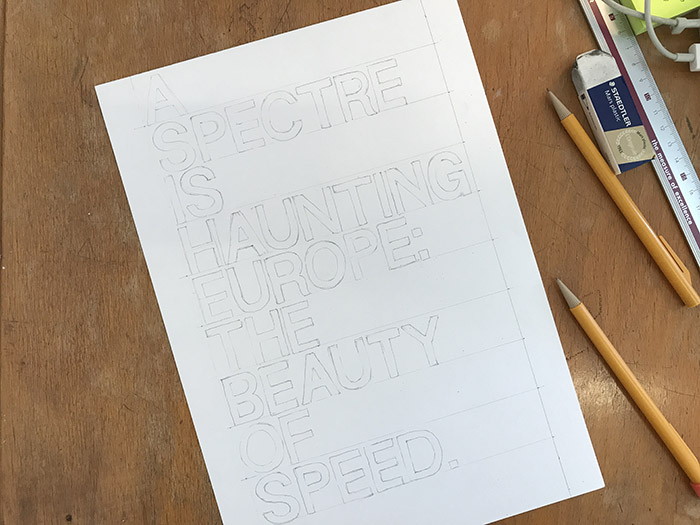 using the act of copying as a way to learn has also historically been a part of design culture. to roughly summarize: in the classical period romans learned by copying greek sculpture; in the renaissance, sculptors learned by copying classical fragments; during the beaux-arts period, architects and artists would draw from classical buildings and sculpture -- most often in rome... so in a sense what i’m doing here in rome now is a contemporary remake of the beaux-arts idea. when i copy a well-known piece or from an established designer, the act is an homage to the designer, i am spending time with them and learning through the act of making. when i copy a piece of found design -- a bakery logo or alimentari sign -- i am in a sense glorifying the quotidian design. when i hand copy a piece of contemporary design that I find on a design blog or designer’s portfolio the relationship becomes a bit more complicated. it feels quite awkward to copy ephemeral work that I simply find on-line from someone I do not know. by overtly overstepping the boundaries of influence into thievery (or stalking!), the act of copying becomes transgressive -- and more interesting as a contemporary project. 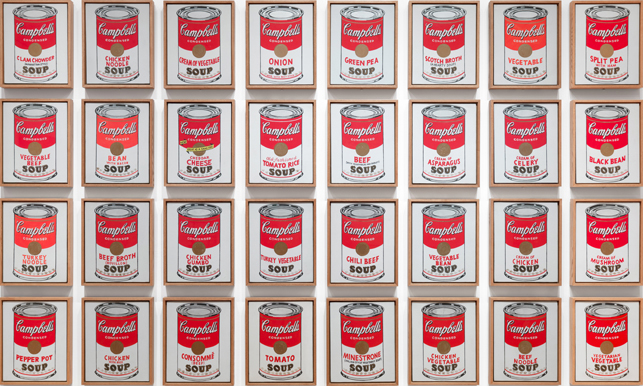 contemporary artists have used copying for awhile now in explorations of authenticity, authorship and value. Duschamp, Andy Warhol, Sherri Levine, and Sturtevant are a few artists that come to mind immediately when thinking about copying. graphic designers’ work as “commercial artists” seems to exclude us from this direct interrogation of copying and influence. our work is never (rarely) simply about design itself. that word “commercial” puts us in the everyday world of exchange and mass market: soap labels, logos, and restaurant menus. as visual mediators and communicators, our job most often is not to produce questions but to sell -- even working in cultural venues, we are translating and interpreting ideas for audience consumption. and our work is often anonymous -- very rarely do graphic designers break through to a level of name recognition. this ubiquity and anonymity allows us the freedom of more liberal inspiration, appropriation, or copying -- from each other, from the art world, from the media... our very lower status as artistic creators, allows us to steal liberally; we are cultural magpies. but clever ones -- we still can question, challenge, subvert, and celebrate in what we make. 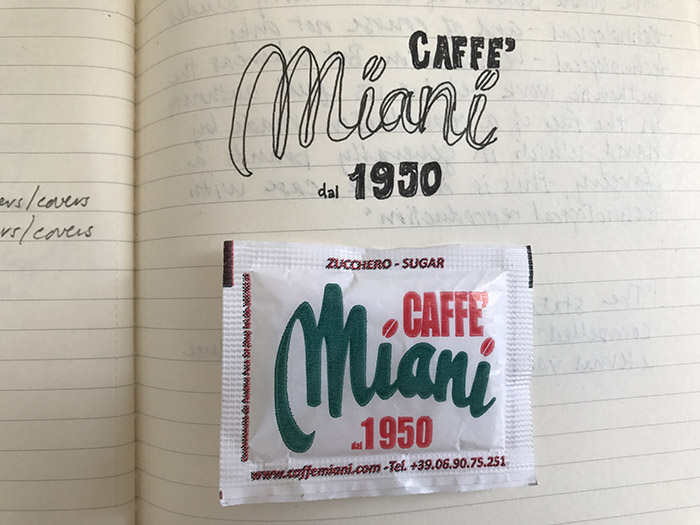